Welcome to the Library!

The book fair was a great success!  Thanks to everyone who participated.  The next book fair will be the Usborne Books and More fair from November 30-Dec 4, 2020
What's New for the 2020-2021 School Year?

You might be wondering what the library will be doing differently during the school year to help mitigate the effects of Covid-19.  Click on the sections below to find out.

Generally there will only be around 10 patrons in the library at a time.

Instead of sharing shelf markers, we have established a "ready" and "used" bucket for shelf markers.  Used shelf markers will be quarantined for 3 days before being put into service again.

Library books that are returned will go through a 3 day quarantine cycle before they will be available for checkout.

Library seating has been spaced to remind and encourage social distance guidelines.

High touch surfaces such as desktops and doorknobs will be cleaned regularly throughout the day.

To accommodate possible wait times in the morning, the library will be opening 15 minutes earlier than we have in past years.

Because Mrs. Peterson has after school duties elsewhere in the building, the library is closed after school. If you have any questions or concerns, the best way to contact Mrs. Peterson is to email her: librarian@reaganacademy.org.

Visit the Library Information page for more information and to find answers to Frequently Asked Library Questions. You can click the link to the right or you can click here.

We usually have quite a crowd in the library for early morning checkout.  To accommodate your love of reading and still maintain appropriate social distancing, we are opening our doors 15 minutes earlier.

Each morning you will find a bucket with 10 shelf markers placed outside the door.  If the bucket is empty, that means that there are already 10 people inside.  You should line up against the wall by Mr. Adamson's door until another person exits the library.  There are book cutouts along the baseboards to help you remember not to stand too closely while you are waiting for your turn.

Classes Coming to the Library

In grades 1st-5th, classes will come by halves, this year.  One half of the class will come for checkout while the other half hears the library lesson.  Then the two groups will switch so the first will hear the lesson and the second group will checkout.  This will make social distancing possible while students are in the library. See "Middle School Checkout Times" for information about 6th-8th grade students.

On Monday and Wednesday, middle school students will be able to come during the recess portion of their lunch period.

A bucket with 10 shelf markers will be placed outside the library door for the 6th grade.  Students will need a shelf marker to come into the library.  If the bucket is empty, try again another day. Remember we are open every morning for 30 minutes.

You will need to get a library pass from the lunchroom cashier.  There will only be 10 available each day.  If there are no passes left, you will need to try again another day. Remember we are open every morning for 30 minutes.

For students who really love to hear a great story! Book Club is not a discussion group, it is simply a "listening group." Come relax and listen to Mrs. Peterson or Mrs. Woodhouse share a great book.

Book Club is on Tuesday and Thursday during the recess portion of middle school lunch. After the first book is finished, usually the students in the book club help to choose the next read aloud.

This year, students must sign up for Book Club - Seating is limited. Once you have signed up, that spot is yours for the entire book. Please let Mrs. Peterson or Mrs. Woodhouse know if you want to be included. They will add you to the list. Sign-ups are open until all the spots are filled. If you come partway through the story, we will fill you in on what you might have missed. The first books for this year are:

The Morningstarr twins were wealthy.  They were also genius inventors, crafty puzzle creators, and unparalleled architects who mysteriously disappeared before the turn of the century.  It was said they left a puzzle and clues to a fantastic treasure within the very streets and buildings of New York City.  Now, their descendants, another set of twins named Tess and Theo, are in danger of losing their entire apartment complex, one of the original Morningstarr buildings, to a greedy real estate developer who wants to demolish it.  Tess and Theo are not sure what to do until they receive an old letter in the mail - a letter that was stolen from the Morningstarrs more than a hundred years earlier.  What they don’t know is that somebody else is watching them… and waiting for the right moment to strike.

Sammy Keyes and the Hotel Thief

Sammy Keyes must be a magnet for trouble...

I mean it's bad enough that she has to live illegally in a seniors-only building with her grandmother while her mother tries to make it as a movie star. And worse that she witnessed a burglary in progress--and that the thief saw her. And worse still that nosy neighbor Mrs. Graybill is onto her, and that the thief is after her. But on top of all that, she also manages to make an enemy of the queen of mean at her new school and get suspended on the first day.


Welcome to the wild world of Sammy Keyes! 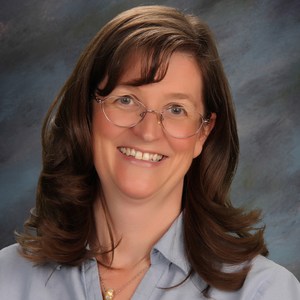